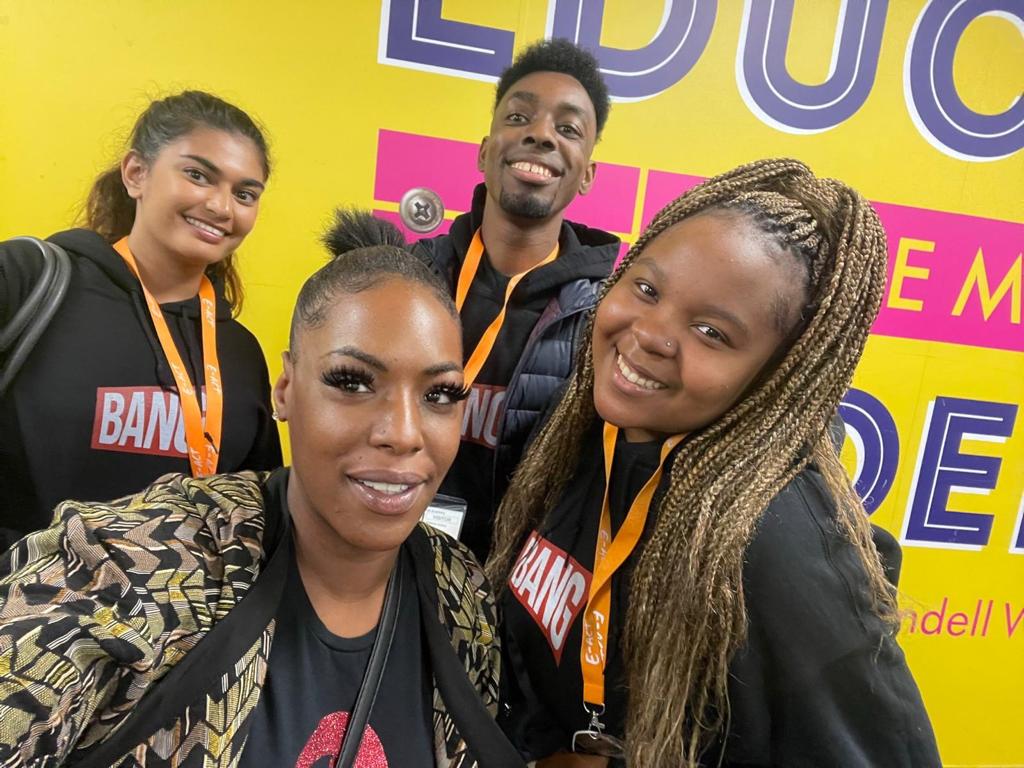 BANG is working in partnership with Laverne Rhoden from Crest Academy and the founder of Can I Jus B Me to deliver BeYOUTH, a brand-new confidence and identity programme.

Working closely with the leadership team at the school, we have identified the current needs of the young people at the academy.

We have identified many students at Crest Academy who lack confidence, a sense of who they are and their personal and professional goals.

BeYOUTH was created to address this problem and develop the confidence and identity of the students who attend this academy.

Liaising with Laverne Rhoden, we are currently engaging with 23 young people who have shown an interest in building their confidence, identity, and vision for their future.

We have delivered three sessions to the young people at the school.

The first session focused on introducing the young people to the programme and getting them engaged in an activity where they reflected on their personal roles and responsibilities. They also shared positive affirmations about themselves.

The second and third sessions explored what makes up a person’s identity and the elements that make each person different such as their values and beliefs.

The BE Youth programme is vital in developing the self-esteem, capabilities, and aspirations of young people, especially those that attend Crest Academy.

Jennifer Ogole, CEO at BANG said, “Building strong partnerships with schools like Crest Academy is vital in providing personal development programmes to young people alongside their academic curriculum. The development of a young person’s identity has a significant impact on their goals and ambitions.”

Laverne Rhoden, founder of Can I Jus B Me said, “We want every young person to have a limitless future where they can visualise their goals and achieve them.”

BANG is committed to working closely with Laverne Rhoden, the founder of the BeYOUTH programme, to ensure we engage with all young people in schools in the North West 10 area and beyond.